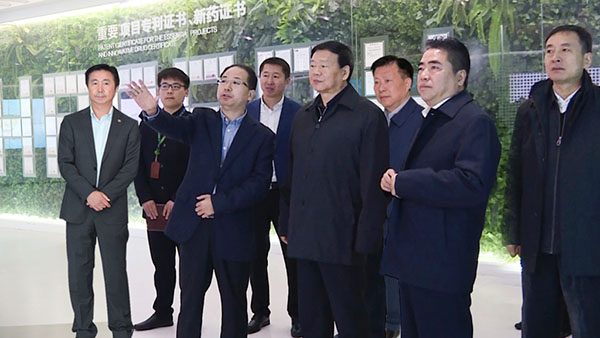 during the investigation, secretary lou visited the company's exhibition hall, inspected the r&d center, and had a cordial exchange with the r&d personnel. during the investigation, secretary lou carefully inquired about the development of the company. lyu aifeng gave a detailed report on the company's technological innovation, production, and operation as well as introduced the progress of research and development of innovative drugs.

after understanding the company's technological innovation, internationalization and brand building, secretary lou fully affirmed the company's achievements in scientific and technological innovations in recent years, and highlighted that the development of innovative drugs has bright prospects. he hoped hansoh can seize the strategic opportunity of "healthy china" and target international standards, making full use of technological, geographical as well as policy advantages, speeding up the r&d and innovative drug development, improving the quality and efficacy of drugs, and playing a more important role in realization of the dream of health.